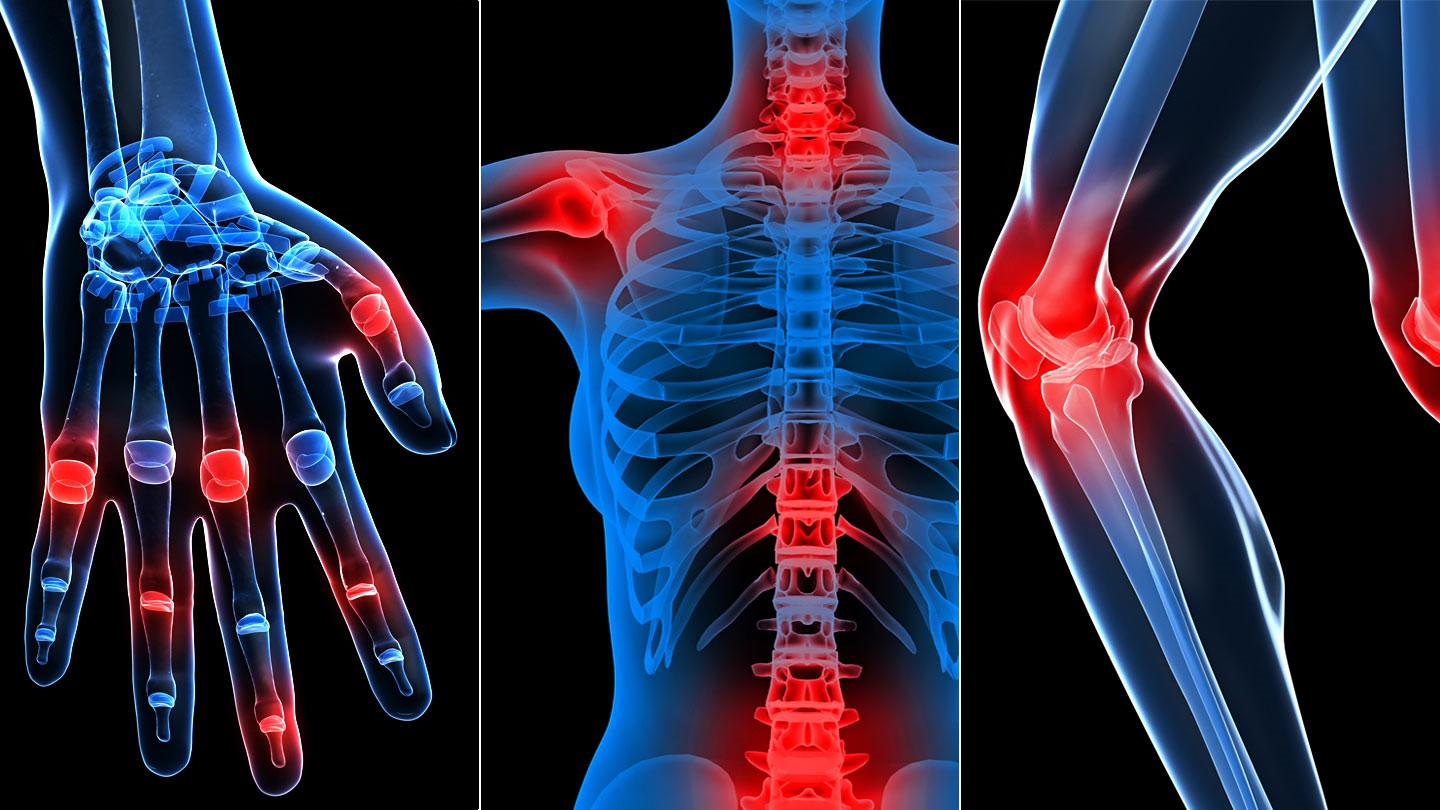 Rheumatic complaints are called Vatavikaras - vata relates to the skeletal framework & nerves and vikaras imply a change or a disease. There are different varieties of rheumatic complaints; amongst them arthritis, spondylitis, sciatica, frozen shoulder, slip disc and gout etc. are the most destructive ones affecting the bones and nerves.

The concept of rheumatic problems in Ayurveda is based on the theory of Amavatha (vitiation of the vatha dosha due to toxins). Emotional distress, exhaustion for long periods, excess sexual activity and improper diet causes the generation of Ama (or toxins). The Ama /toxin is carried by the vitiated Vayu all over the body. As the toxins show an affinity to bone joints, they tend to deposit themselves there. This deposit collection is the cause of stiffness, tenderness and swellings. If allowed to continue unchecked, the inflammation becomes chronic and destroys joint causing nearby muscles to shrink.

Rheumatoid arthritis is a chronic sub-acute systemic inflammatory auto-immune disease in which antibodies develop against the components of joints and mistakenly destroy cartilages, synovial fluid, bone and joint tissue. It mainly impacts the smaller joint of hands, wrists ankles, knees; the joints of hip and elbow are less impacted. Statistics reveal that 1% of the world population suffers from this disease. Since it is an auto immune disease, the actual triggers it is still unknown; some of the factors which may be in some way responsible are genetic predisposition, smoking, alcoholism and infection by micro organisms.

After the onset of this, pain, stiffness in muscles & joints increase gradually, accompanied by tiredness and fatigue. In some cases, these symptoms develop suddenly and are followed by fever, body ache, tastelessness and indigestion. Non-steroidal anti inflammatory drugs have been used to treat this disease. However, as many of these drugs have adverse side-effects, people are now exploring alternative effective treatments that have less adverse impacts on the body.

Among the degenerative diseases, osteoarthritis deserves special attention. The synovial fluid in the body provides lubrication to the joints and acts as a cushion for them. Dryness in the body and over-exertion diminish the synovial fluid and impact the blood circulation to the joints, thus causing diminished nutrient supply to these areas. This forms the origin of this disease. It mostly affects weight-bearing joints like the hip and the knee joints.

An imbalance of the kapha dosha leads to the depletion of synovial fluid. Under the influence of vatha, cartilage in the joints wears away. This causes friction, pain and limited joint mobility. The symptoms of this disease include oedema, pain, tenderness etc.

Another commonly encountered problem worldwide is gout/metabolic arthritis. It is characterised by painful swelling of joints, tenderness and redness of affected areas i.e. joints of legs (especially the big toe), wrists and elbow levels. The main cause is increased levels of uric acid in bloodstream.

It is the best suggested treatment. It is used as a suppressor and as an immuno-modulator. The main site of vatha is said to be the colon. Thus, the direct application of vasthi to the colon helps not only in regulating the vatha dosha in its site, but also controls the other doshas (pitta and kapha) involved in pathogenesis of diseases. Vasthi has a multidimensional thereupatic effect. In ailments like prolapsed disc, lower back pain and other spinal diseases, this system of medicine has proven its efficacy.

2.Sneahanam (oleation by internal and external administration of fats)

3.Swedana (fomentation) helps bring the toxins to the abdomen from where they are eliminated by detoxification therapies.

Help in perfusion and diffusion and increasing osmotic permeability into tissues.